Everyone knows that being ‘hangry’ is a genuine emotion. Not having food for a couple of hours can leave even the calmest individual ready to bite someone’s head off.

Now those who get moody when they haven’t had their lunch will be delighted to hear that ‘hangry’ has been added to the Oxford English Dictionary, defined as being ‘bad-tempered or irritable as a result of hunger’. Sounds about right to us.

The other 1,100+ words that have just been added to the OED – the most comprehensive dictionary there is of the English language – include ‘mansplaining’, ‘me time’ and ‘snowflake’. The latter was obviously already a word but has now taken on a new meaning, and is chiefly used to slag off millennials or those perceived as ‘easily offended’. 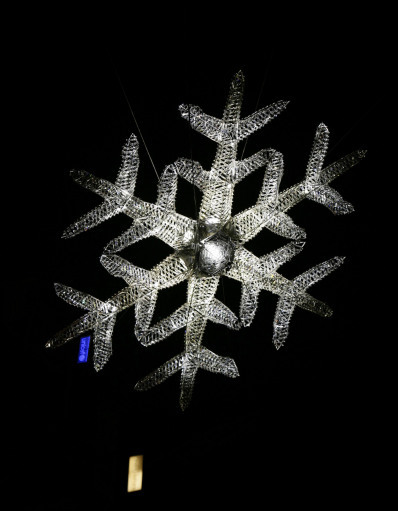 ‘Snowflake’ is one of the new words added to the OED. Credit: PA

Unusually, over one hundred words included in the OED’s latest update – which takes place four times a year – are derived from the parenting forum Mumsnet, such as SAHM (stay-at-home mum) and ‘co-parenting’.

OED Senior Editor Fi Mooring said: “These words reflect personal experiences but many of them also resonate much more widely, even with people who are not parents.

“The distinctive lexicon of parenting maps a whole range of human experience, from immense joy to immeasurable sorrow and, considering its relevance to so much of the population it seemed an underrepresented category of vocabulary in the Dictionary.”

The OED doesn’t accept just any old word – to be let into the dictionary a word has to be used by a number of independent sources and has to continue being used for a ‘reasonable amount of time’.

The dictionary regularly consults experts to decide which words should be added to the dictionary’s list of over 829,000 words, with the next update due in April 2018.

It turns out that the word ‘hangry’ has been around since as far back as 1956 when it was used in a psychoanalytic journal, although it’s only recently caught on with people who probably shouldn’t be skipping their meals.

While ‘mansplaining’ as a concept seems like it’s been around since the dawn of time, you might be surprised to learn that the word’s only just turning ten this year.

The OED believes the word – defined as explaining something “needlessly, overbearingly, or condescendingly, especially to a woman, in a manner thought to reveal a patronising or chauvinistic attitude” – stems from an argument two people had on LiveJournal in August 2008. Does anyone still use LiveJournal?

Among the masses of other words added to the OED this time are ‘ransomware’ (after the WannaCry cyber attack last year), dozens of new entries beginning with the prefix ‘self-‘, and the South Korean ‘chaebol’ – which just goes to show how good English is at mugging other languages.

Finally, Jay-Z has landed his fifth OED citation with the word ‘swag’, which first appeared on 2003’s The Black Album. Jay Z can also lay claim to coining the words ‘cheese’ (as in money, not dairy products), ‘government cheese’, ‘EBT’ and ‘handclaps’. He truly is our generation’s Shakespeare.

You can check out the full list of new OED words here.